COMMACK, NY – Cars Digital Inc., a newly formed subsidiary of parent company, Long Island Media Inc., has announced it has officially opened its doors for business in its global headquarters in Commack, New York, this week. Cars Digital Inc. will be the third LIM branded company which operates out of the same location, in the Bellaire Building at 67 Harned Road, in Commack. The new addition is part of a larger trend of growth for the ad agency, as it turns focus towards auto dealer marketing services, specially, car dealership lead generation.

The completion of Corporation formation of Cars Digital Inc. follows a period of significant growth for the ad agency parent, which primarily serves the Long Island region due to its ownership of LongIsland.com and several other Island-centric sites and services it has acquired over the years. The parent company also added a state-of-the-art data center when it merged with fierce competitor Long Island Exchange. In 2014, a simultaneous expansion of its Commack media facility included major technology and infrastructure upgrades that reduced overhead and doubled output capacity.

Meanwhile, a series of digital acquisitions has led to the addition of several new regional additions in its automotive vertical such as FloridaUsedCars.com and ConnecticutUsedCars.com. The company also built its own in-house automotive syndication software called Turbo Listings which founder Colascione believes will help the agency deliver services regardless of the region being serviced.

“It’s an exciting time at Cars Digital,” said Chief Executive Officer John Colascione. “We’re broadening and evolving the scope, accessibility, and utility of our products and services in order to grow outside of our regional area and serve customers nationwide.” 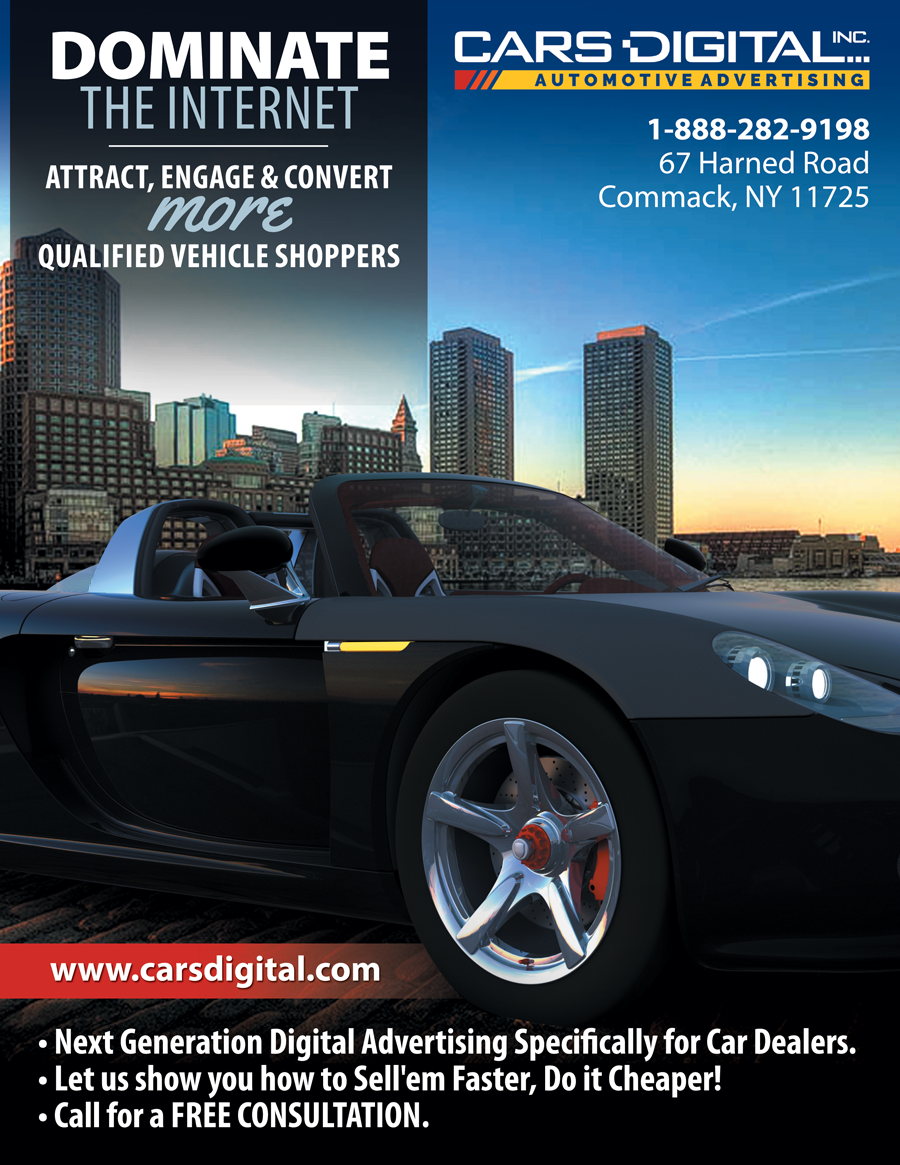 GREAT BRITAIN - As a potentially unexpected side-effect of Brexit – the withdrawal of the United Kingdom from the European Union in January 2020 – approximately 48,000 websites with the domain … END_OF_DOCUMENT_TOKEN_TO_BE_REPLACED

WEST PALM BEACH, FL - Usually Google is a leader in all things advertising, however, a recent update to policy by GOOG (NASDAQ) will have it following Facebook (FB) where the ad giant will implement … END_OF_DOCUMENT_TOKEN_TO_BE_REPLACED

PALM BEACH, FL - The Robinhood financial service company has confirmed a data security incident that has exposed full names or email addresses for approximately seven million customers, with a … END_OF_DOCUMENT_TOKEN_TO_BE_REPLACED