NEW YORK, NY – This past week, the man who virtually created the Internet, Tim Berners-Lee, spoke about his “Contract for the Web” initiative; something he believes is fundamental to ensure a protected, free and open Internet for all of society. 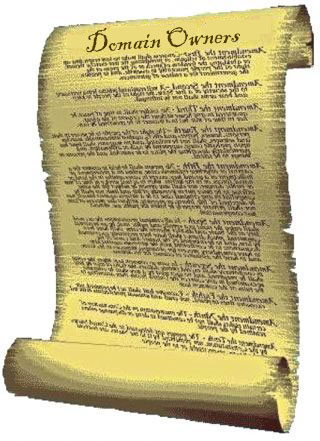 Early backers of the initiative, which can be viewed at ContractForTheWeb.org, include notable support from some of the webs largest innovators such as Google.com, Facebook.com, Craig Newmark (Founder of Craigslist.org), the W3C World Wide Web Consortium Standards organization, and the list continues to grow.

The effort is being led by Berners-Lee’s own organization, the World Wide Web Foundation, based in Washington, D.C., which is a non-profit group dedicated to just that – the improvement and availability of the World Wide Web to all. Berners-Lee believes that Internet access should be considered a basic human right.

The web was designed to bring people together and make knowledge freely available. Everyone has a role to play to ensure the web serves humanity. By committing to the following principles, governments, companies and citizens around the world can help protect the open web as a public good and basic right for everyone.

Domain Registrar Uniregistry released a public statement regarding the effort which may suggest it too could support such an effort, but only if it includes what Uniregistry called in a press release, the creation of a “Domain Name Bill of Rights”, a bill or other form of legislation that would ensure – or even guarantee – that every domain name owner receives formal “due process” and an “appropriate investigation” defined by clear guidelines and the rule of law, when faced with accusations and demands that might contribute to online censorship or a domain owner losing their platform to speak – their domain name.

Uniregistry is [a] diverse company whose culture is built on the ideology of one planet + one people and we reject hatred, bigotry and discrimination in any shape or form. We also believe strongly in the importance of free speech and expression as an inalienable human right. History has proven time and time again that these ideologies will inevitably clash. In keeping with Sir Berners-Lee’s call for a ‘Magna Carta for the web’, we would urge a Bill of Rights to provide clarity and assurances to domain registrants around the world.  At Uniregistry, our mission is to provide a domain name to every global citizen and we believe the introduction of a domain name “Bill of Rights’ would bring us one step closer to that vision,” said Kanchan Mhatre, Chief Operating Officer at Uniregistry.

Cayman Islands based Uniregistry Corporation is one of the largest domain name portfolio owners, a global domain name registry, and operator of more than twenty-five new top-level domains. The company was founded in 2012 by early Internet-investor and Internet-visionary Frank Schilling; maybe Schilling sees something coming down the pike with this Contract for the Web, something that might not be so good for domain name owners.

WEST PALM BEACH, FL - Usually Google is a leader in all things advertising, however, a recent update to policy by GOOG (NASDAQ) will have it following Facebook (FB) where the ad giant will implement … END_OF_DOCUMENT_TOKEN_TO_BE_REPLACED

SAN FRANCISCO, CA - According to recent reports, a new data security incident has surfaced. DoorDash, a popular food delivery app, detected suspicious activity from the computer network of a … END_OF_DOCUMENT_TOKEN_TO_BE_REPLACED