You are here: Home / Domain Names / Another .Brand Discovers Imaginary Land-Grab on Non-Existing Planet in Universe

NEW YORK, NY – According to Domain industry site, Domain Name Wire, as well as an uncovered letter to ICANN, the company brand VistaPrint, a product customization conglomerate, has terminated its .brand URL “responsibility” with ICANN for the .Vista domain.

Apparently someone at parent company Cimpress N.V. has decided that rather than opportunity knocking, managing a .brand URL is much more a financial liability and expense than a benefit; that it accompanies a strategy with no realistic course to a competitive edge or profits within reason. 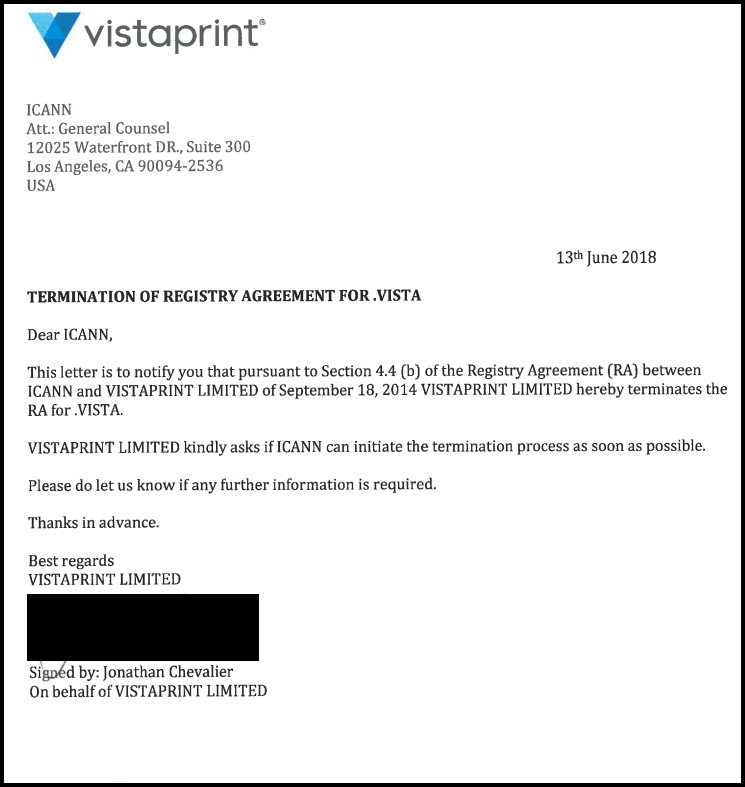 Too bad they wasted hundreds of thousands of dollars to finally figure out that it was a total farce and fabricated land-grab on a non-existing planet in the Universe.

As noted in the Domain Name Wire article, the company also manages the “VistaPrint” branded URL, which will likely be the letter following this one. However, unfortunately for them, they decided to use a few of them (9), according to NTLDstats.com, so stopping the virtual-bleeding could take a little longer.

WEST PALM BEACH, FL - A new study has revealed that consumer email addresses are being collected by online login, registration, and newsletter subscriptions even before the user has manually … END_OF_DOCUMENT_TOKEN_TO_BE_REPLACED

WEST PALM BEACH, FL - Usually Google is a leader in all things advertising, however, a recent update to policy by GOOG (NASDAQ) will have it following Facebook (FB) where the ad giant will implement … END_OF_DOCUMENT_TOKEN_TO_BE_REPLACED

WEST PALM BEACH, FL - A new study has revealed that consumer email addresses are being collected by online login, registration, and newsletter subscriptions even before the user has manually … END_OF_DOCUMENT_TOKEN_TO_BE_REPLACED