Below are the top .info domain name sales of this year based on data from NameBio. This time domain venue Godaddy stole the show with the majority of sales transactions (50% of all transactions!).  During this period the weekly average price spiked to 5,932.50 toward the end of January when Train.info and Bus.info were purchased together. This time not a single transaction took place at DomainMarket, NamesCon or BuyDomains which were all frequent venues with .nets and .orgs. 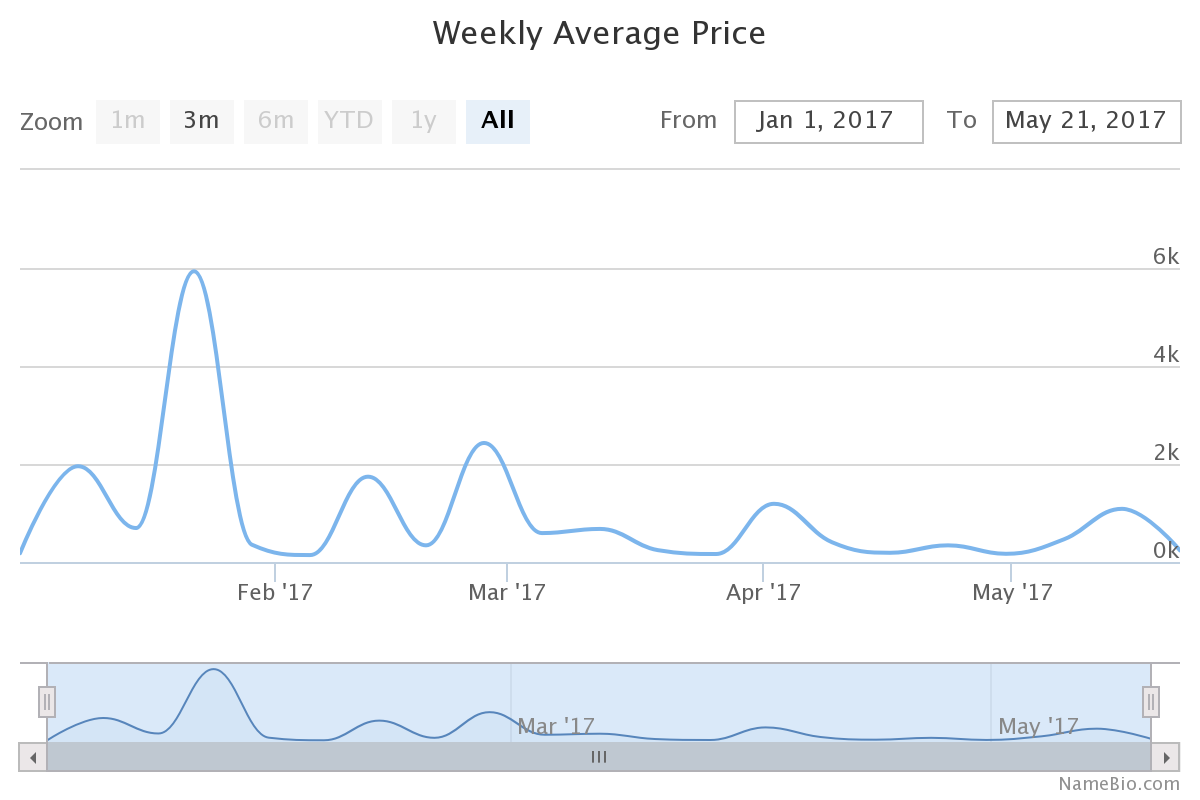 If you were an owner of any of these .org domain sales and would like to share some insight on these sales as well as what caused the sale or sparked the interest, please do so in the comments below.

One of these were actually mine; I liked InternetAdvertising.info and picked it up primarily just to hold onto it as I am interested in being found in search engines for the term “Internet Advertising” so put in a bid of $300 for the name; which I believe the asking price was $1,490. The name was then released to auction with no further bids and within seven days I won the auction.

WEST PALM BEACH, FL – According to the latest SEDO.com weekly domain sales report, a single word .net domain sold for $20,000.00. The domain name is Fashion.net which has a great deal of commercial … END_OF_DOCUMENT_TOKEN_TO_BE_REPLACED

WEST PALM BEACH, FL - Usually Google is a leader in all things advertising, however, a recent update to policy by GOOG (NASDAQ) will have it following Facebook (FB) where the ad giant will implement … END_OF_DOCUMENT_TOKEN_TO_BE_REPLACED

SAN FRANCISCO, CA - According to recent reports, a new data security incident has surfaced. DoorDash, a popular food delivery app, detected suspicious activity from the computer network of a … END_OF_DOCUMENT_TOKEN_TO_BE_REPLACED