NEW YORK, NY – There has been a great deal of chatter on the Internet about Google’s Mobile First indexing endeavours since March 2018 when it was announced. I was just explaining this to a client yesterday who happens to not yet have a mobile friendly website. Rather than giving a long explanation of what it is and why it is important, I could probably have simply forwarded this message I received from Google this morning letting me know that one of my sites will be used in  “Mobile First” search results.

If you haven’t yet seen one, this is what they look like: 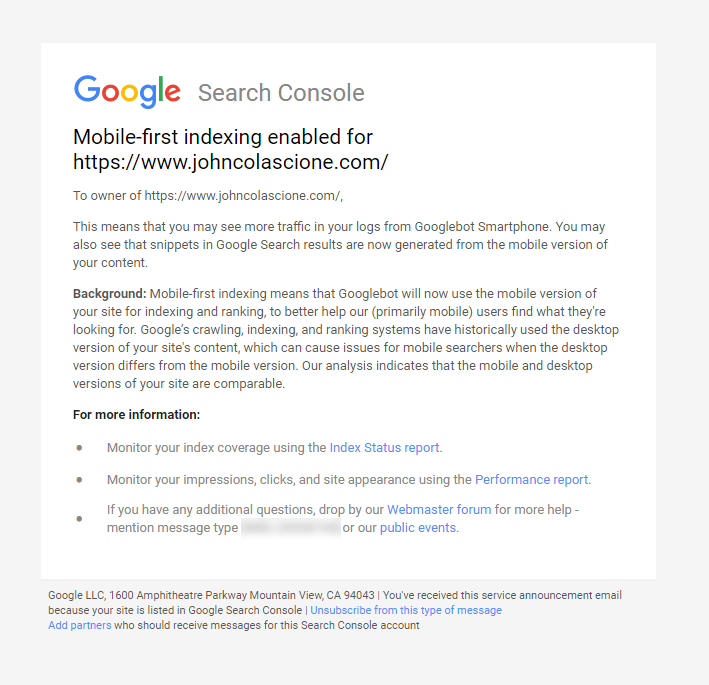 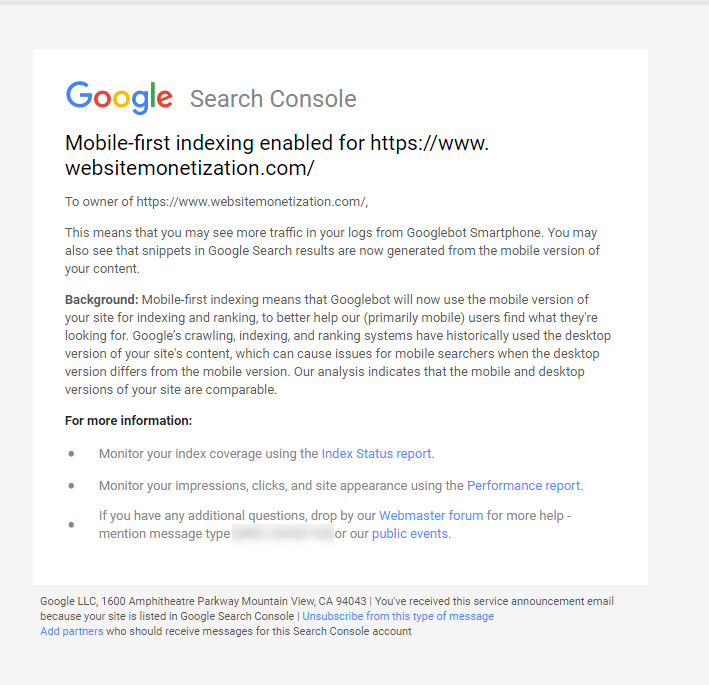 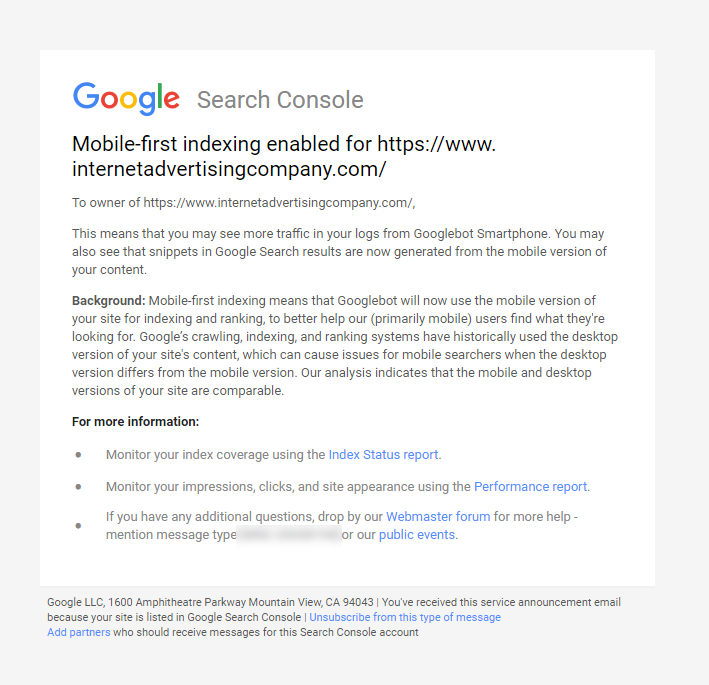 WEST PALM BEACH, FL - Usually Google is a leader in all things advertising, however, a recent update to policy by GOOG (NASDAQ) will have it following Facebook (FB) where the ad giant will implement … END_OF_DOCUMENT_TOKEN_TO_BE_REPLACED

SAN FRANCISCO, CA - According to recent reports, a new data security incident has surfaced. DoorDash, a popular food delivery app, detected suspicious activity from the computer network of a … END_OF_DOCUMENT_TOKEN_TO_BE_REPLACED