You are here: Home / Domain Names / From $132 to $100M: Was YellowPages.com The Smartest Domain Name Grab Ever?

NEW YORK, NY – Back in April of 1996, Dane Madsen registered YellowPages.com, an idea that popped into his mind after being demanded to come up with ad-copy for one of his firms clients, Sprint, who was rushing to be included in the next issue of the print Yellow Pages book; back then if you missed the deadline, you needed to wait an entire year for your business to seemingly exist. 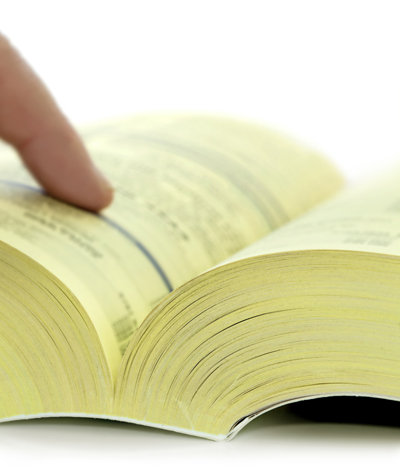 At about the same time, Dan was told about a company called “Network Solutions”, which enabled you to purchase any string of characters you wanted and just through a “.com” on the end of it – and poof, instant web business – a fascinating concept.

The YellowPages.com domain name cost Dan $132 and a few hours of his time on hold with customer support, however, after all was said and done, Dan and one of his co-founders (the friend that told him about Network Solutions) had secured the domain name YellowPages.com and they spent two years working day and night on building a website to search for business listings.

After a first round investment of five million dollars in 1998, by the year 2000 when the .com bubble burst, Dan found his company failing, in over two million of debt and being threatened of shut down by his web hosting company for unpaid server bills, however, against all odds and much fear that Google and Yahoo would gobble up the entire Internet, Dan managed to raise an additional 32.5 million of investment funds and by 2004 the company was raking in 14 million annually with major phone company giants such as SBC Communications (who later purchased AT&T Corp and changed its name to AT&T Inc.) and BellSouth taking notice.

The two telecoms wound up in a bidding war over the business and created a joint venture purchasing YELLOWPAGES.COM in an all-cash deal for $100 Million.

A year later, BellSouth was announced to have been acquired (also by SBC, renamed AT&T Inc.) for $86 billion. (The deal combined Cingular Wireless; BellSouth and YELLOWPAGES.COM into what AT&T called a new Premier Global Communications Company) and BellSouth’s RealPages.com was merged with AT&T’s original phone number site SmartPages.com, into the newly held powerhouse asset, YellowPages.com, under a wholly owned subsidiary of AT&T, doing business as AT&T Interactive.

In April 2010, AT&T formally announced that it had rebranded YellowPages.com as simply YP.com, a two character domain (on record according to NameBio as closing for $3.85 Million in January of 2008), however, the site has always served users at the premier YellowPages.com address, now owned by DexYP, formerly Dex Media, Inc created by the 2013 merger of SuperMedia and Dex One.

Today, after changing hands in what seems to be at least a half-dozen times between different telecoms, YellowPages.com holds a traffic rank placing it within the top 1,000 of all websites in the United States, according to Alexa.

WEST PALM BEACH, FL - A new study has revealed that consumer email addresses are being collected by online login, registration, and newsletter subscriptions even before the user has manually … END_OF_DOCUMENT_TOKEN_TO_BE_REPLACED

WEST PALM BEACH, FL - Usually Google is a leader in all things advertising, however, a recent update to policy by GOOG (NASDAQ) will have it following Facebook (FB) where the ad giant will implement … END_OF_DOCUMENT_TOKEN_TO_BE_REPLACED

WEST PALM BEACH, FL - A new study has revealed that consumer email addresses are being collected by online login, registration, and newsletter subscriptions even before the user has manually … END_OF_DOCUMENT_TOKEN_TO_BE_REPLACED