NEW YORK, NY – Twitter, one of my favorite social networking websites, lacks an important feature which should be added to the service, preventing users from certain counties following you, automatically.

I have no idea why this is not part of the service already. Why is it that there is only a feature to block users, after they have already followed you, creating work and time to do. Why aren’t there any auto-blocking features available, so that you can block users from certain counties or users who use different languages? This seems ridiculous.

For instance, I will give you an example: 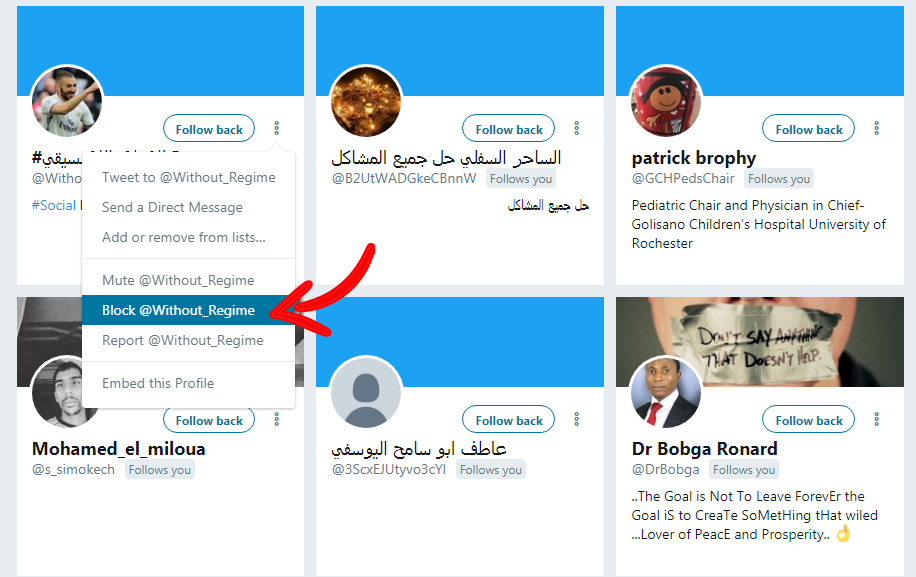 Why do I need to waste my time doing this manually?

It would be great if Twitter had a feature where I could select the users who cannot follow me, such as in this case, users tweeting in the Arabic Language,  or in other cases such as auto-blocking users who are not in the United States or Canada, and/or users who tweet, read and have their settings in any other language besides the English language. That would make sense while making my Twitter experience, that much more enjoyable and easy.

WEST PALM BEACH, FL – According to the latest SEDO.com weekly domain sales report, a single word .net domain sold for $20,000.00. The domain name is Fashion.net which has a great deal of commercial … END_OF_DOCUMENT_TOKEN_TO_BE_REPLACED

WEST PALM BEACH, FL - Usually Google is a leader in all things advertising, however, a recent update to policy by GOOG (NASDAQ) will have it following Facebook (FB) where the ad giant will implement … END_OF_DOCUMENT_TOKEN_TO_BE_REPLACED

SAN FRANCISCO, CA - According to recent reports, a new data security incident has surfaced. DoorDash, a popular food delivery app, detected suspicious activity from the computer network of a … END_OF_DOCUMENT_TOKEN_TO_BE_REPLACED