NEW YORK – An unprecedented theft has occurred in the domain space as the European Country of France has stolen the Internet domain name France.com from its owner, who according to a lawsuit filed this month in California “has lawfully owned and used the domain name in commerce since 1994.” 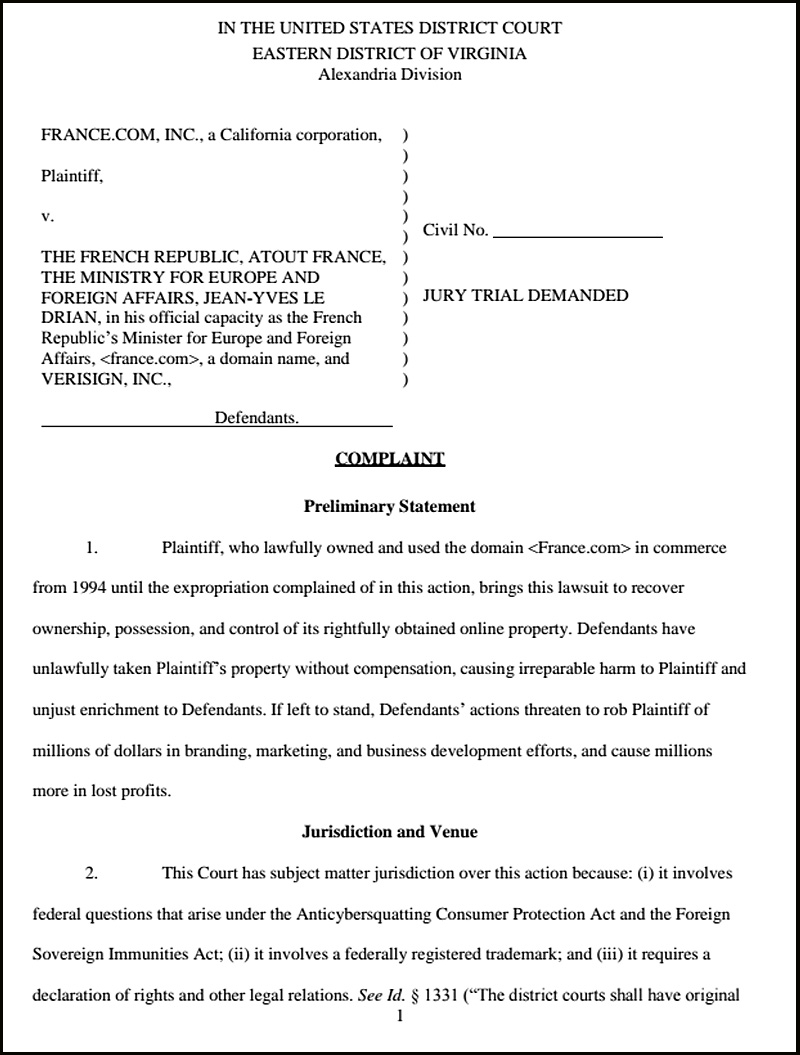 Although Networks Solutions (Web.com) is not party to the lawsuit, it seems they would be guilty of gross misconduct in my opinion and should also be sued for transferring the domain name, intellectual property of a United States citizen, to a foreign county without notice to its registrant.

WEST PALM BEACH, FL - Usually Google is a leader in all things advertising, however, a recent update to policy by GOOG (NASDAQ) will have it following Facebook (FB) where the ad giant will implement … END_OF_DOCUMENT_TOKEN_TO_BE_REPLACED

SAN FRANCISCO, CA - According to recent reports, a new data security incident has surfaced. DoorDash, a popular food delivery app, detected suspicious activity from the computer network of a … END_OF_DOCUMENT_TOKEN_TO_BE_REPLACED