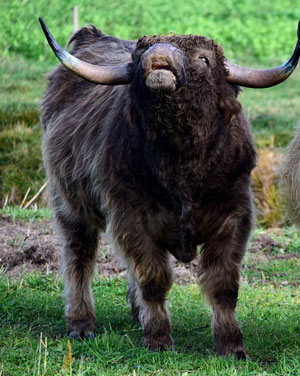 NEW YORK, NY – They say that when you mess with the bull, you get the horns. Yesterday, Verisign, the company behind all issuing of .com domain names to ICANN approved registries, came out blasting attempts by industry insiders trying to control a price cap that was set by something called the Cooperative Agreement, an agreement between the NTIA (National Telecommunications and Information Administration) and Verisign (NASDAQ: VRSN), which for years,  prevented any increase in fees Verisign could pass on to its affiliated registries. That agreement expired on Friday, and it was replaced and renewed with price caps deleted.

In retaliation and in what seems to be a near ‘spit in the face’ blog post published by Verisign’s Jeannie McPherson, the group, which is believed to review all material before posted on its company blog, questioned who the real culprits are in the pricing fiasco between registries, registrars and consumers, going as far as blaming domain spectators and investors referring to them as “Domain Scalpers” as the real threat to consumers, in what looks like a stern warning by Verisign to back off, and not take these concerns and efforts further to ICANN, who at this point has the ultimate final say on whether .com prices, now uncapped by the Federal Government, will move forward with changes to their domain registry agreements.

The blog post went on to detail that while their own prices have been regulated, it has little relevance to what consumers actually pay for .com domain names as it does not sell, resell or register domain names to the public and that companies such as GoDaddy.com, set their own prices, completely unregulated, based on market demand. Adding fuel to the fire, Verisign points out that sites like HugeDomains.com and the entire secondary market who they describe as being led by “domain speculators – hiding in plain sight”, are who should really be regulated as this secondary market has free-reign to price domain names to the tune of millions of dollars if so desired.

This is obviously a calculated threat (by a company said to be ‘the most profitable company you’ve never heard of’, according to Warren Buffet) to back-off on price cap increases at the registry level or they will put their near-limitless resources towards lobbying for something far more worrisome then their minuscule 7% periodic registry increase [capping prices on the secondary market].

The current wholesale price of .com domain name registrations charged by Verisign to ICANN accredited registries is $7.85 per year. An increase of 7% would raise wholesale prices on registrations to roughly $8.40 each per year at which point registries would in most cases then make their own adjustments. On Friday when news broke of the extension of the Cooperative Agreement, Verisign was given the green light to raise the price of .com domain names by 7% in each of the last four years of its six-year incremental contract.

The single most important decision in evaluating a business is pricing power,” Buffett said. “If you’ve got the power to raise prices without losing business to a competitor, you’ve got a very good business.”

WEST PALM BEACH, FL - A new study has revealed that consumer email addresses are being collected by online login, registration, and newsletter subscriptions even before the user has manually … END_OF_DOCUMENT_TOKEN_TO_BE_REPLACED

WEST PALM BEACH, FL - Usually Google is a leader in all things advertising, however, a recent update to policy by GOOG (NASDAQ) will have it following Facebook (FB) where the ad giant will implement … END_OF_DOCUMENT_TOKEN_TO_BE_REPLACED

WEST PALM BEACH, FL - A new study has revealed that consumer email addresses are being collected by online login, registration, and newsletter subscriptions even before the user has manually … END_OF_DOCUMENT_TOKEN_TO_BE_REPLACED