You are here: Home / Internet & Tech / UK Print Yellow Pages to Cease in 2009; Are US Based Yellow Pages Soon To Follow?

NEW YORK, NY – Yell, publisher of the UK’s Yellow Pages, announced that, due to consumer demand and general lack of need or use, they will cease production of their print phone books as of January 2019 after annually releasing them for over 50 years. The shift in business strategy, Yell officials said, is due to a corresponding shift in consumer use of online phone directory options over print, as well as a growing concern among the general populace over the negative environmental impact of both phone book creation and disposal. As a result, Yell will change over to a completely digital model as of next year in order to keep up with current market trends and pollution concerns.

YellowPagesGoesGreen.org (“YPGG.org“), a telephone directory at the forefront of the environmentally-conscious “Green” movement,applauds this move for a number of reasons, not the least of which being that it signifies something that they have steadfastly maintained all along- that as more and more users opt to acquire business and residential phone and address listing utilizing online options, there has been an ever-dwindling need for the directory’s physical equivalent. If the UK has finally realized that phone books are obsolete and that their continued production is not only unwarranted but actually environmentally harmful as well, how long will it be before the United States and the rest of the planet catches up?

An innovator in digital business and telephone directory listings and an advocate for staunch environmentalism, YellowPagesGoesGreen.org is a cutting-edge website that delivers over 28.5 million up-to-the-minute Yellow Page listings and over 200 million White page listings throughout the United States. In addition, YPGG is a pioneer in the national phone book “opt-out” movement that seeks to abolish obsolete print telephone directories that are not only out-of-date by the time they land on doorsteps, but find themselves clogging landfills by the millions shortly thereafter.

There are a vast variety of reasons why the mass exodus to digital yellow page solutions – such as the ones YPGG provides – are taking place. Practicality is one such reason; in the age of the smartphone, the ubiquitous devices are in literally everyone’s hand or pocket at all times, and are the first place the average person looks when they need to do just about anything…including accessing online yellow pages, which always contain the most up-to-date information. In contrast, print phone books are so antiquated by today’s standards that the information within their pages isn’t even accurate when they initially roll off the printing presses. For example, in Pennsylvania, currently only 20 percent of phone numbers in regulated areas are available in print directories due to the fact that wireless carriers and cable providers aren’t mandated by any authority to provide the phone numbers of their customers to them. And why would they, when almost no one uses phone books anymore?

But there’s another big reason why online directories are becoming the mainstay of consumers when it comes to business and residential listing searches; the environmental impact, or lack thereof.  Print yellow page directories eat up valuable natural resources by their creation, and damage the environment when their useful – and increasingly short – lifespan comes to an end. Currently, paper accounts for one-third of all municipal landfill waste, and 40 percent of total waste produced in the United States annually; this amounts to 71.6 million tons of paper waste per year in the United States alone. Given the typically low number of residents that bother to actually recycle their phone books – generally well under 20 percent – that’s a lot of paper that’s rotting in landfills.

And that’s nothing compared to the vast amount of resources – such as trees, electricity, oil, and more – that are wasted in the production of phone books, or the pollution this pointless process unleashes upon the planet. No matter how you look at it, in the fight against phone book production, the true loser is the Earth.

The rest of the world will follow the shining example that the UK has provided by turning their collective backs on a business model proven to be obsolete and environmentally harmful. The end of print telephone directories are near and we couldn’t be happier…both for consumers and the planet”,said CEO Michael Keegan. 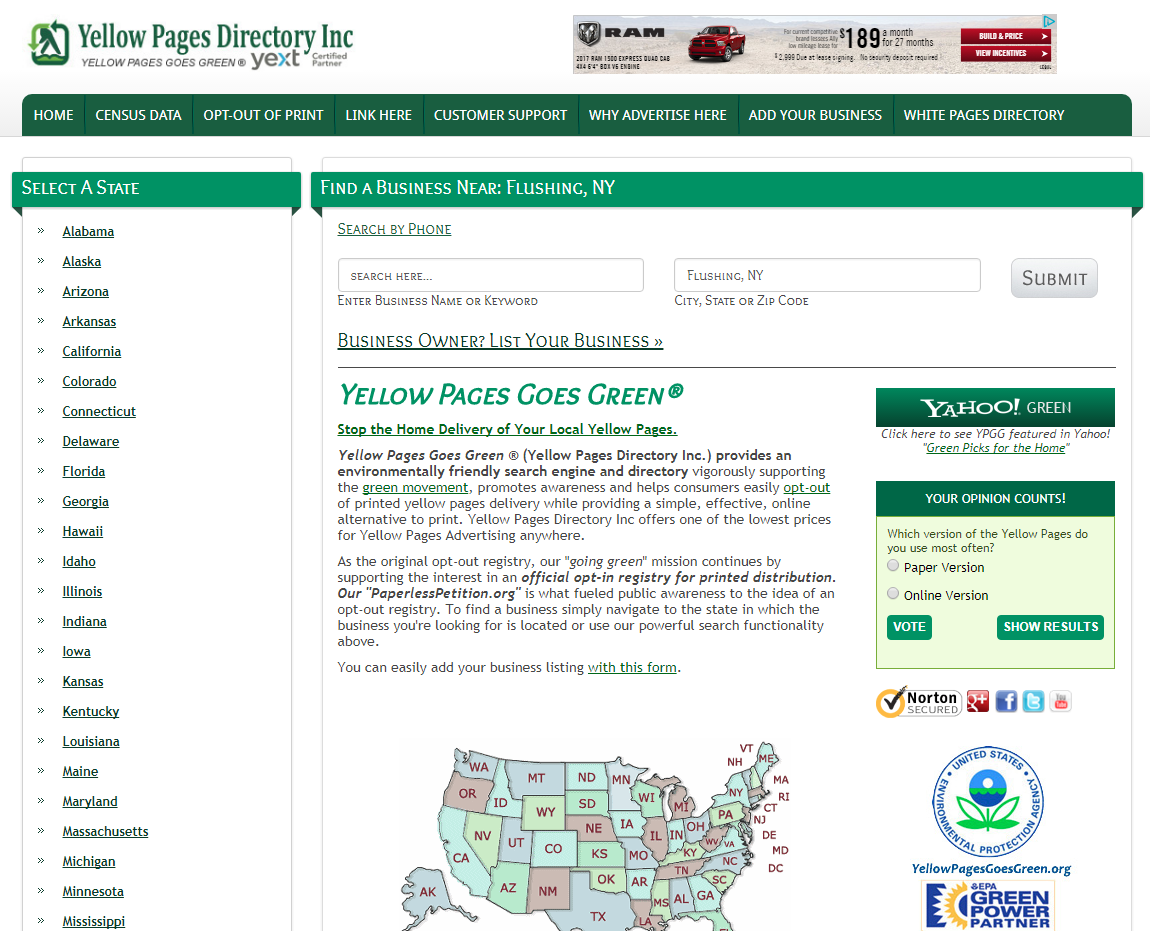 WEST PALM BEACH, FL - A new study has revealed that consumer email addresses are being collected by online login, registration, and newsletter subscriptions even before the user has manually … END_OF_DOCUMENT_TOKEN_TO_BE_REPLACED

WEST PALM BEACH, FL - Usually Google is a leader in all things advertising, however, a recent update to policy by GOOG (NASDAQ) will have it following Facebook (FB) where the ad giant will implement … END_OF_DOCUMENT_TOKEN_TO_BE_REPLACED

WEST PALM BEACH, FL - A new study has revealed that consumer email addresses are being collected by online login, registration, and newsletter subscriptions even before the user has manually … END_OF_DOCUMENT_TOKEN_TO_BE_REPLACED