You are here: Home / Archives for Quality 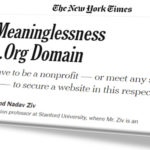 PALM BEACH, NY - Wow, the New York Times has taken a firm and unique approach to the news and industry buzz surrounding the sale of the .ORG registry to private equity firm, Ethos Capital. Bash the domain in a hitpiece to level the playing-field in what it calls the domains' opportunity to be used by a host of bad actors, all whom reap the benefits of dot-org’s "false association with credibility." In an opinion piece published yesterday by Sam Wineburg and Nadav Ziv, an … END_OF_DOCUMENT_TOKEN_TO_BE_REPLACED

PALM BEACH, FL – The below video was uploaded by Google’s YouTube account back in 2010. As of the time of this writing the video has been watched over 5.2 million times. It explains, in layman’s terms (a very simple way), how Google works, at least, how Google ‘worked’ back in 2010. The video includes Matt Cutts, who was at that time, Google’s quality search engineer. He also acted as somewhat of a communications contact between Google and the entire webmaster community. … END_OF_DOCUMENT_TOKEN_TO_BE_REPLACED 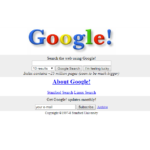 NEW YORK, NY – In the early 1990’s, the Internet was in its infancy. At that time, a great majority of information on this new and interesting "World Wide Web" was from colleges and universities. With the growth of this vast amount of information came interest in a better way for finding things which birthed some of the webs very first search engines, many of which you’ve likely never even heard of. Some who used the Internet at that time might be more likely to remember more … END_OF_DOCUMENT_TOKEN_TO_BE_REPLACED 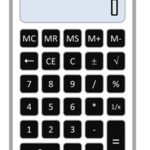 NEW YORK, NY – At a time when the economy is said to be continually improving, if you ask around to fellow business owners, most seem to be in a never ending phase of finding ways to efficiently cut costs and reduce expenses. In fact, this is a good practice for any business owner to keep top-of-mind, annually, or even monthly. To do this effectively, you must identify ways to implement change with minimal effect on production, products and service quality. The changes … END_OF_DOCUMENT_TOKEN_TO_BE_REPLACED

NEW YORK, NY – It’s nothing short of amazing to see all of the time, money, resources and effort search giant Google engineers are putting towards accessing the trustworthiness of specific web-pages these days. I remember when the entire Google algorithm was simply based on the HTML code which made up a website. However, these days Google uses not only artificial intelligence to rank sites, but they also use 'real people' to give websites something called “QR” ratings … END_OF_DOCUMENT_TOKEN_TO_BE_REPLACED

NEW YORK – You might say that declining ad revenue is becoming a typical part of the business; if you feel like you are constantly trying to find new ways to build both revenue and traffic on your domains while increasing the number of channels and ad networks you rely on, you’re far from alone. Publisher revenues are being squeezed across the board, and while sometimes you might even feel that the more web traffic you build, the less it pays out – you’re probably correct in … END_OF_DOCUMENT_TOKEN_TO_BE_REPLACED 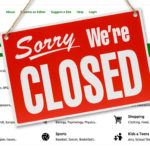 NEW YORK, NY – Last week, news began to circulate the search optimization-spear that DMOZ.org, one of the oldest and most trusted web directories ever online, was discontinued forever (as of Mar 17, 2017). DMOZ was considered such an incredible resource, that Google itself mirrored it at directory.google.com, as did thousands of other sites across the net. However, Google discontinued the mirror on July 20, 2011, less than a year prior to announcing its “Google Penguin” … END_OF_DOCUMENT_TOKEN_TO_BE_REPLACED

If you thought that sponsored search results on the top of seach engines were just for those who are hard to find or those wanting to increase brand value you are dead wrong. A research study conducted by Wordstream.com shows just how inacurate this thought process is. Some key take-away information is below. … END_OF_DOCUMENT_TOKEN_TO_BE_REPLACED

PALM BEACH, FL – This is one of those things that might seem sort of rudimentary, or going without needing to be said, but sometimes, I’m reminded, that things aren't always as obvious as they seem. … END_OF_DOCUMENT_TOKEN_TO_BE_REPLACED

WEST PALM BEACH, FL - Usually Google is a leader in all things advertising, however, a recent update to policy by GOOG (NASDAQ) will have it following Facebook (FB) where the ad giant will implement … END_OF_DOCUMENT_TOKEN_TO_BE_REPLACED

PALM BEACH, FL – I have been reviewing and writing about email phishing scams for years and I have seen a ton of them, from outright laughable in their easy discoverability to incredibly convincing, … END_OF_DOCUMENT_TOKEN_TO_BE_REPLACED