NEW YORK, NY – These days you can’t have a phone without receiving automated calls, prerecorded messages, telemarketers, and other nefarious solicitations and scams from often-times spoofed phone numbers. According to CNBC, Americans have already received over 16 billion robocalls so far this year (2018).

Most annoying as of late are calls which are received from seemingly local phones which use spoofed numbers to appear local near the target (on the same exchange – first three numbers) while often originating from far away. This is called “Caller ID Manipulation“ and its running rapid in the US. Federal agencies as well as duped companies are cracking down on phone scams, with a furry. For example, just last month Google announced that their going after “hustlers who pretend to be us” with lawsuits. Other calls indicate your Social Security benefits are at risk, or you might be under investigation for tax evasion and demand immediate payment over the phone.

Today, one of my office phones rang with an unusually, although welcomed message on the caller ID. As the phone rang, the digital caller ID system displayed something I had seen for the very first time, it said “Illegal Scam” and as soon as the call connected it was dropped. 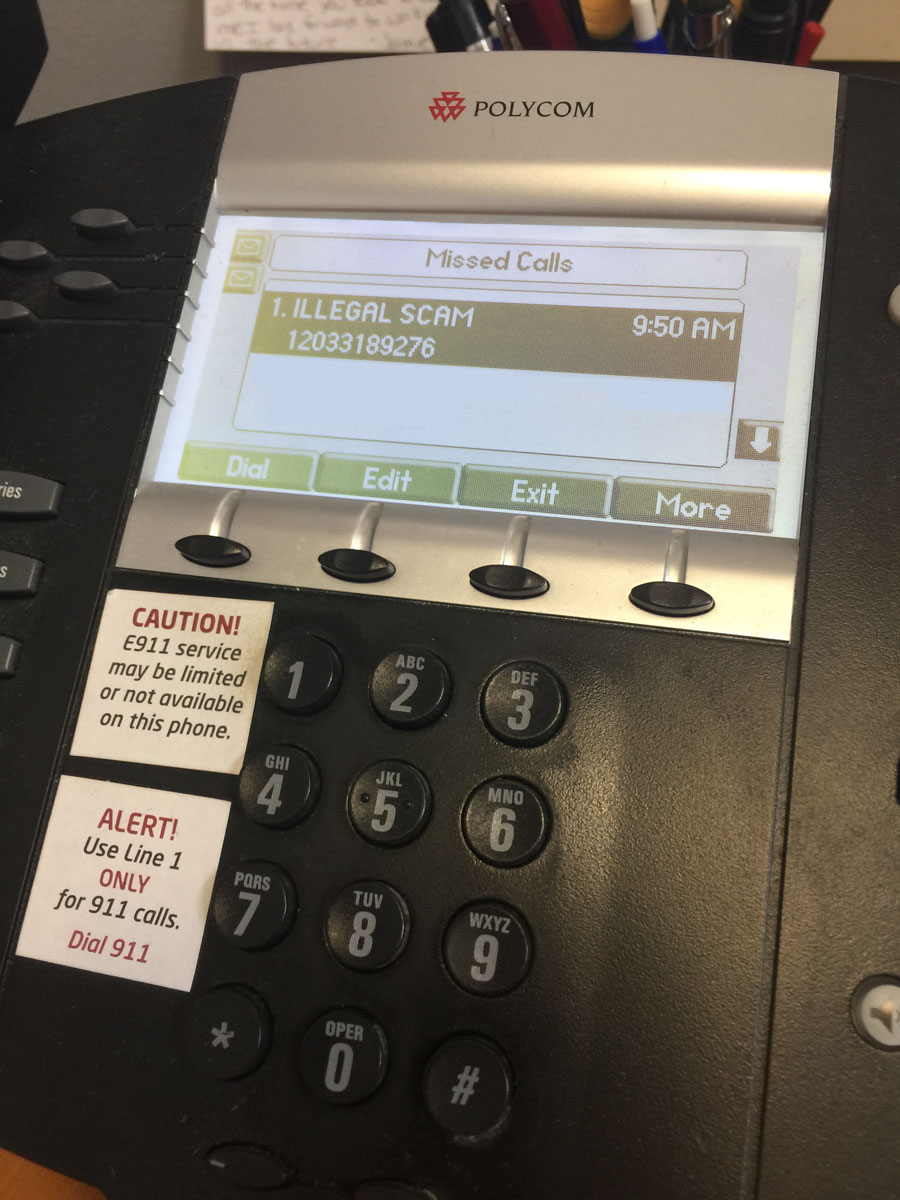 Calling the number back (out of curiosity) led only to a busy signal. Hopefully either the FEDs have found new and interesting ways to disable the call while identifying its a scam, or the caller was busy being dragged out of the location in cuffs. Either way, a welcomed new feature nonetheless.

GREAT BRITAIN - As a potentially unexpected side-effect of Brexit – the withdrawal of the United Kingdom from the European Union in January 2020 – approximately 48,000 websites with the domain … END_OF_DOCUMENT_TOKEN_TO_BE_REPLACED

WEST PALM BEACH, FL - Usually Google is a leader in all things advertising, however, a recent update to policy by GOOG (NASDAQ) will have it following Facebook (FB) where the ad giant will implement … END_OF_DOCUMENT_TOKEN_TO_BE_REPLACED

PALM BEACH, FL - The Robinhood financial service company has confirmed a data security incident that has exposed full names or email addresses for approximately seven million customers, with a … END_OF_DOCUMENT_TOKEN_TO_BE_REPLACED