You are here: Home / Archives for TLD 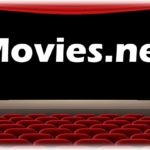 WEST PALM BEACH, FL – According to a weekly sales release issued by SEDO domain marketplace and parking provider, the domain name “Movies.net” (parked at Godaddy) has changed hands for the cool sum of $45,000, making it the highest ‘public’ sale of the week. Each week, SEDO releases a list of domain names which have been sold including highlights of .COM, ccTLDs and notable domains in ‘other’ TLD categories. It is nice to see a short “legacy” .net domain name sell … END_OF_DOCUMENT_TOKEN_TO_BE_REPLACED 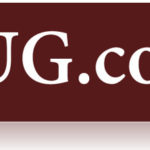 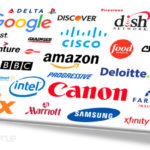 PALM BEACH, FL – Although I am not a huge fan of new gTLDs or even “Dot Brands”, today I watched a video by the Chief Marketing Officer of Afilias domain registry, Roland LaPlante, who explained ‘in detail’ the value of owning your own “dot BRAND.” LaPlante discusses the benefits in marketing, user security and what is likely one of the most desirable aspects achieved for the owning brand; “full control” of their own corporate space. I believe it is the best explanation … END_OF_DOCUMENT_TOKEN_TO_BE_REPLACED 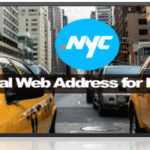 PALM BEACH, FL – “.NYC”, it’s called “The Official Web Address for New Yorkers”, and a top level domain name which is restricted to being registered only by “lawful” residents and/or businesses within the New York City area (the five boroughs). The slogan of being the “Official” web address of the City its named after isn’t just fluff marketing material either; it actually is, The Official URL, according to NYC.gov. The legal entity-registry is recorded as “The City … END_OF_DOCUMENT_TOKEN_TO_BE_REPLACED 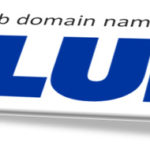 PALM BEACH, FL – The following is a correction to previously published work which included an embedded Tweet which has been called into question and said, by the registry, to be incorrect; a reader from the “.Club” registry contacted me with a correction request yesterday including some supporting explanations for certain numbers seen on nTLDStats.com and numbers from a Tweet which were embedded and published on StrategicRevenue.com on October 17, 2019. Upon reading the … END_OF_DOCUMENT_TOKEN_TO_BE_REPLACED 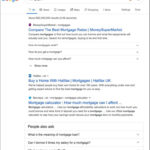 PALM BEACH, FL – It seems that Google, the world’s most popular search engine, is determined to do away entirely with URLs in its search engine, no doubt further increasing its position in, and not to mention, the value itself of “alternative URLs” by completely removing a person’s ability to subconsciously decide whether a site is trustworthy based on the URL itself. I touched on this topic back in September 2018 when I wrote “EVIL: Will Google Do Away with Domain Name … END_OF_DOCUMENT_TOKEN_TO_BE_REPLACED 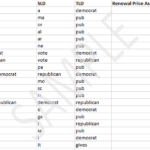 PALM BEACH, FL –An interesting opportunity has arisen from new domain name registry company Donuts Inc., which operates roughly 240 new generic top-level domains (gTLDs). Although I am less than a huge fan of new gTLDs, there are industry veterans who do in fact use them in certain scenarios of ‘super premiums’, and you’ll have an opportunity to filter through a list of over 1.1 million names (previously on hold) now being released in a price-drop by the … END_OF_DOCUMENT_TOKEN_TO_BE_REPLACED 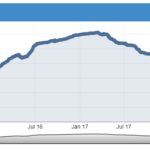 PALM BEACH, FL - A new domain name registration service is hoping its partnership with Afilias and its "LGBT" theme will help spotlight its business, which caters to the LGBT community and offers domain name registrations such as the new ".lgbt" domain name. The service, PrideLife LLC (getpridelife.lgbt), also suggests other alternative Afilias sponsored gTLDs such as ".red", ".pink", ".black" and others. The .lgbt TLD was delegated by ICANN in 2014 and shows just under … END_OF_DOCUMENT_TOKEN_TO_BE_REPLACED

WEST PALM BEACH – Back in 2017, I wrote about the likelihood of growing regulation aimed at domain names; the article was titled, “Could Domain Investing Industry End with Legal Provision for Domain Hoarding”. That writing stirred some discussion, with one domainer going as far as considering such a possibility as ‘pointless’ or as he put it, “like planning for when an asteroid hits your house”. Well, such pointless concern is exactly what is being considered by AuDA (the … END_OF_DOCUMENT_TOKEN_TO_BE_REPLACED

NEW YORK, NY - Toys R Us is a brand we’ve all grown up with. The company was originally founded by Charles P. Lazarus (October 5, 1923 - March 22, 2018), the son of a local entrepreneur who wished to someday mimic his father’s work with his own enterprise. Those dreams became a reality in 1948 when young Charles, 25, opened his first children’s furniture store called “Children’s Bargain Town” in Washington, D.C. After years of early success, Lazarus added toys and changed … END_OF_DOCUMENT_TOKEN_TO_BE_REPLACED

NEW YORK - In 1997, the United States government under then President Clinton began processes to remove its control over the Domain Name System by creating research and dialog on how control of domain names and IP addresses should be handled in the future - by a non-profit organization in the private sector. This resulted in a document which has become known as "The Green Paper" originally named "A Proposal to Improve the Technical Management of Internet Names and … END_OF_DOCUMENT_TOKEN_TO_BE_REPLACED 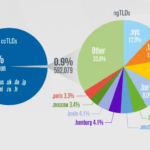 NEW YORK, NY – In an endless sea of opinions (I admit, including my own) it is great to look at meaningful data when it comes to where our industry is going as far as growth, innovation and trends. If you would like to read-over the Verisign’s 2017 Second Quarter Industry report, it is online here (PDF). Some key takeaways: .com registrations are up to 129.2 million. .net and .org are still major players, but in number of registrations, far behind ccTLDs such as … END_OF_DOCUMENT_TOKEN_TO_BE_REPLACED 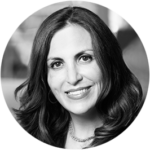 NEW YORK, NY – “NameSummit – The Digital Branding Conference” is just one week away. There will be over 40 speakers, including entrepreneurs, experts and digital branding superstars ready to engage with attendees. Expert panels will discuss leading trends in branding, influence marketing, social media and showcase the continuing evolution of domain names as an important part of powerful branding and advertising campaigns. Below is the updated line-up of experts; an … END_OF_DOCUMENT_TOKEN_TO_BE_REPLACED 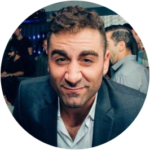 Agenda includes long list of  Industry Veterans; Live Domain Auction for WallStreet.com; Event Ending with Undisclosed "Presentation for Exclusive Asset Sale" yet to be revealed!! NEW YORK, NY – A few days ago I spoke via telephone (yes, that clunky old device still in use) with some of the people at NameSummit to discuss interesting developments for the upcoming event in New York City which is just weeks away. If you have not yet booked your tickets and stay to New York … END_OF_DOCUMENT_TOKEN_TO_BE_REPLACED

NEW YORK, NY - This is not going to be an all inclusive list as some domain sales go unreported and some I've heard of which are not listed, such as "Homes.Forsale" and "Houses.Forsale", but this will give you a good idea of the types of names changing hands and the types of dots which are building momentum. The following list of gTLDs were listed at NameBio as closing sometime during this year (2017). They are listed in alphabetical order by TLD. The list does not include … END_OF_DOCUMENT_TOKEN_TO_BE_REPLACED

WEST PALM BEACH, FL – Something remarkably interesting has been happening behind the scenes which very few have noticed, however, one firm who has not missed the quickly changing landscape, is … END_OF_DOCUMENT_TOKEN_TO_BE_REPLACED