You are here: Home / Archives for Resolve 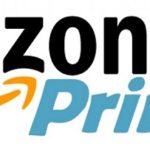 NEW YORK, NY – It has been recently discovered, that the single word domain name Prime.com, which had been reportedly for sale in the seven figure range (Between $1M and $5M), at least since 2011, is now intellectual property of tech-giant Amazon. The name, which was originally registered in 1987, shows being parked since 2004 via archive. An exact ‘price’ of the domain is not currently known (although I am sure someone out there is working diligently to try and dig … END_OF_DOCUMENT_TOKEN_TO_BE_REPLACED

Next up in a new series of top 100 development potential domains lists is the .club domain. In comparison to top 100 LLL .com Liquid Domains,  top 100 .net, and top 100 .org, I wanted to take a look at some gTLDs to see what buyers are actually doing with them and .club comes to mind first. The team at .club has done a fantastic job in marketing their new gTLD and it will be interesting to see. Sales figures are one thing when valuing domains, but actual development shows … END_OF_DOCUMENT_TOKEN_TO_BE_REPLACED

Looking at the top 100 (reported) highest priced .net domain name sales of all time it is pretty clear to see that the majority of them are not even being used; what a shame. The list below ($8.8 million dollars in domain sales) illustrates how the majority of people buying .net domains over the years are either investors or those who feel that these premium .net domains are not worth building a foundation on. The great majority of these .net domains either redirect, are … END_OF_DOCUMENT_TOKEN_TO_BE_REPLACED

WEST PALM BEACH, FL - Usually Google is a leader in all things advertising, however, a recent update to policy by GOOG (NASDAQ) will have it following Facebook (FB) where the ad giant will implement … END_OF_DOCUMENT_TOKEN_TO_BE_REPLACED

SAN FRANCISCO, CA - According to recent reports, a new data security incident has surfaced. DoorDash, a popular food delivery app, detected suspicious activity from the computer network of a … END_OF_DOCUMENT_TOKEN_TO_BE_REPLACED