You are here: Home / Archives for Social Networks 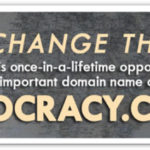 UPDATE 11/4/2019: Auction for Domain Name “Democracy.com” Extended to November 7th Closing PALM BEACH, FL – What could possibly be better than being the auctioneer of a generic, super premium .com domain name like Democracy.com? Having that same opportunity with it being covered by the New York Times. That’s what’s happening with Democracy.com, a super premium generic domain name which is being offered for sale in a sealed bidding contest held by Heritage Auctions, … END_OF_DOCUMENT_TOKEN_TO_BE_REPLACED 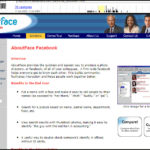 NEW YORK, NY – Way back in 2005, the huge social networking website known today as ‘Facebook’ began getting serious and received its first financial investment  from PayPal co-founder Peter Thiel. Shortly thereafter, the dorm room social project which began as TheFacebook.com, recognized the need for a shorter and better domain name, dropping the word “The” and becoming simply Facebook.com – the cost was $200,000.00. When asked in 2009 by a TechCrunch interviewer, what he … END_OF_DOCUMENT_TOKEN_TO_BE_REPLACED 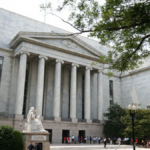 NEW YORK – You have to admit that it an amazing time in history when a computer programming entrepreneur must face the United States Government due to his innovative social network becoming one of the most powerful influencer tools in the World. Beginning tomorrow, Tuesday April 10, 2018, Facebook Chairman and Chief Executive Officer Marc Zuckerberg will testify before lawmakers in what is expected to be a two-day heavy-hitter grilling on the very serious privacy and … END_OF_DOCUMENT_TOKEN_TO_BE_REPLACED 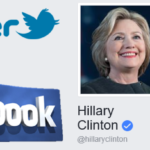 Less than thirty days from now, America will choose its next President of the United States; there is a lot at stake. It's time to watch, listen and think about your future so that you can decide who you feel will create the best future for you, your family, including those family members who have yet to arrive. It is sometimes helpful to listen and read the opinions of others; your family, your friends, your acquaintances. Curiously enough I did this tonight and this is what … END_OF_DOCUMENT_TOKEN_TO_BE_REPLACED

WEST PALM BEACH, FL – Something remarkably interesting has been happening behind the scenes which very few have noticed, however, one firm who has not missed the quickly changing landscape, is … END_OF_DOCUMENT_TOKEN_TO_BE_REPLACED