You are here: Home / Archives for Popular 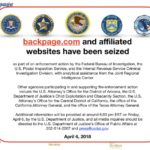 NEW YORK – A long-time battle to remove Backpage.com from the Internet has ended with the indictments of ownership and government seizure of its domain Backpage.com, which hosted a popular online classifieds site similar to Craigslist which allegedly was used heavily by escorts and massage providers far-bending the envelope between casual encounters, prostitution and human trafficking, according to investigators. Since 2010, Backpage.com has come under fire for its alleged … END_OF_DOCUMENT_TOKEN_TO_BE_REPLACED

NEW YORK, NY – According to NameBio, there were a total of 2,927 “reported” .IO domain sales over the last 5 year period. These top 100 total $993,953.00 in sales. The highest reported sales on this list were the domains “Tank.io” for $60,000.00 with the second as “Cloud.io” for $45,000.00 (Neither of which are developed). .io is a country code top-level domain (ccTLD) assigned to the British Indian Ocean Territory. The .io domain is administered by the Internet Computer … END_OF_DOCUMENT_TOKEN_TO_BE_REPLACED

NEW YORK, NY - Thanks to sites such as Namebio, we can examine REPORTED domain name sales over the years in just about any order or scenario. Today I wanted to look at the top 10 domain name sales over the last few years for legacy and some popular domain extensions. They are listed here twice; once accounting for only characters in the domain and then again for those including numeric and dashes. There has been some changes in the investments from foreign countries such as … END_OF_DOCUMENT_TOKEN_TO_BE_REPLACED 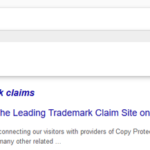 Someone introduced me to a new Internet marketing process yesterday which sounded too good to be true; sort of like Search Engine Optimization, nowadays; not realistic unless your budget is very strong. While looking into it some, I found out that it does make sense and people are in-fact using this process called SBO (Search Box Optimization) and it probably works, but it is considered a "Black-hat" tactic intended to "trick" Google into thinking a particular search term is … END_OF_DOCUMENT_TOKEN_TO_BE_REPLACED

WEST PALM BEACH, FL – The domain name “PLP.com” sold at $117,500 this week according to the latest SEDO.com weekly domain sales report. The purchase appears to be an upgrade for Cleveland, Ohio … END_OF_DOCUMENT_TOKEN_TO_BE_REPLACED

WEST PALM BEACH, FL – Something remarkably interesting has been happening behind the scenes which very few have noticed, however, one firm who has not missed the quickly changing landscape, is … END_OF_DOCUMENT_TOKEN_TO_BE_REPLACED

PALM BEACH, FL – I have been reviewing and writing about email phishing scams for years and I have seen a ton of them, from outright laughable in their easy discoverability to incredibly convincing, … END_OF_DOCUMENT_TOKEN_TO_BE_REPLACED