You are here: Home / Archives for Payment 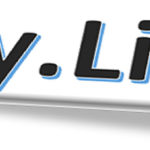 PALM BEACH, FL – According to several reports, the 2 letter gTLD “My.Life” has been sold in a transaction valued at $175,000.00 (according to the registry), with $100,000.00 paid up front in cash, and $75,000.00 to be paid by the end of the year. The sale was confirmed by a tweet from the Donuts Twitter account  and by Elliot Silver who reached out to Matt Overman, Senior VP of Sales at Donuts. The buyer of the unusually short domain asset is believed to be Meredith … END_OF_DOCUMENT_TOKEN_TO_BE_REPLACED 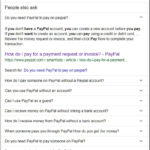 PALM BEACH, FL – I’ve been using Paypal for about 15 years now and while it’s a great and extremely simple way to except payments online, I dislike it as a single point of payment. While Paypal is very smooth and provides an easy and quick set up, many consumers avoid using Paypal from either: A) negative past experience or B) simply not sure if they can use it (confusion on whether or not users are required to have a Paypal account to use it). Imagine how many sales … END_OF_DOCUMENT_TOKEN_TO_BE_REPLACED

PALM BEACH, FL - Right at the start of the year's busiest shopping season, retailer Macy's notified impacted customers (by letter) that an unauthorized third party was able to access sensitive customer payment information from the Macys.com checkout and wallet pages. The following information may have been accessed if it was typed into the affected web-pages by a customer: Payment card numbersPayment card security codesPayment card expiration datesFull … END_OF_DOCUMENT_TOKEN_TO_BE_REPLACED 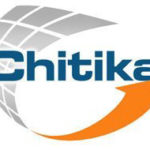 WEST PALM BEACH – A popular alternative to Google Adsense has announced it will be shutting its virtual doors on April 30th 2019. Chitika, an online advertising network that grew quickly in popularity after hitting the market in 2004 is shutting down. On Wednesday, April 17, the company sent all publishers an email announcing the pending shut-down: After 15+ years in business and millions of publisher relationships, Chitika is hereby shutting down and closing its business. … END_OF_DOCUMENT_TOKEN_TO_BE_REPLACED 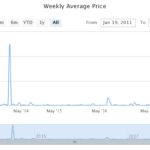 NEW YORK, NY - Bitcoin is an innovative and new worldwide cryptocurrency and digital payment system. As of the time of this writing, according to Google, 1 Bitcoin equals $3,640.00 US dollars. The following list of domain names are recorded at NameBio as having been sold over the last six years which contain the exact full word "Bitcoin" but does not include other popular names in the same space which would include "Crypto" or related "Coin" domain names. According to … END_OF_DOCUMENT_TOKEN_TO_BE_REPLACED

PALM BEACH, FL – This is one of those things that might seem sort of rudimentary, or going without needing to be said, but sometimes, I’m reminded, that things aren't always as obvious as they seem. … END_OF_DOCUMENT_TOKEN_TO_BE_REPLACED

WEST PALM BEACH, FL - Usually Google is a leader in all things advertising, however, a recent update to policy by GOOG (NASDAQ) will have it following Facebook (FB) where the ad giant will implement … END_OF_DOCUMENT_TOKEN_TO_BE_REPLACED

PALM BEACH, FL – I have been reviewing and writing about email phishing scams for years and I have seen a ton of them, from outright laughable in their easy discoverability to incredibly convincing, … END_OF_DOCUMENT_TOKEN_TO_BE_REPLACED