You are here: Home / Archives for Expiration Dates 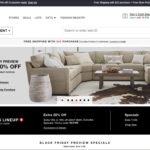 PALM BEACH, FL - Right at the start of the year's busiest shopping season, retailer Macy's notified impacted customers (by letter) that an unauthorized third party was able to access sensitive customer payment information from the Macys.com checkout and wallet pages. The following information may have been accessed if it was typed into the affected web-pages by a customer: Payment card numbersPayment card security codesPayment card expiration datesFull … END_OF_DOCUMENT_TOKEN_TO_BE_REPLACED 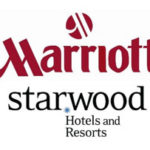 NEW YORK, NY - One of the world's leading global hotel groups disclosed that a guest reservation database, which covers a number of major hotel brands, suffered a large data breach. An internal investigation showed that unauthorized access had been occuring since 2014. The intrusion went unnoticed for four years by Starwood, which was acquired by Marriott in 2016 for $13.6 billion. It was uncovered in early September, when a security tool alerted Marriott officials to an … END_OF_DOCUMENT_TOKEN_TO_BE_REPLACED

PALM BEACH, FL – According to the horse’s mouth, the Google Ads advertising program, responsible for about 40% of the total advertising seen online, will be rolling out a new feature which will allow … END_OF_DOCUMENT_TOKEN_TO_BE_REPLACED