You are here: Home / Archives for Beverages 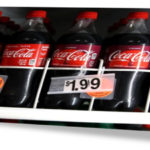 PALM BEACH, FL – Most people who hear the generic dictionary word “Cola” more than likely associate it with the Coca-Cola beverage manufacturer, mostly known from its flagship carbonated soft-drink “Coca-Cola”, invented well over a hundred years ago in 1886. However, the 4-letter generic word represents a slew of Cola manufacturers and carbonated soft-drink brands - over 100 of them, including some which are considered “Cola-like” brands. It seems safe to assume … END_OF_DOCUMENT_TOKEN_TO_BE_REPLACED

Looking at the top 100 (reported) highest priced .net domain name sales of all time it is pretty clear to see that the majority of them are not even being used; what a shame. The list below ($8.8 million dollars in domain sales) illustrates how the majority of people buying .net domains over the years are either investors or those who feel that these premium .net domains are not worth building a foundation on. The great majority of these .net domains either redirect, are … END_OF_DOCUMENT_TOKEN_TO_BE_REPLACED

WEST PALM BEACH, FL - Usually Google is a leader in all things advertising, however, a recent update to policy by GOOG (NASDAQ) will have it following Facebook (FB) where the ad giant will implement … END_OF_DOCUMENT_TOKEN_TO_BE_REPLACED

SAN FRANCISCO, CA - According to recent reports, a new data security incident has surfaced. DoorDash, a popular food delivery app, detected suspicious activity from the computer network of a … END_OF_DOCUMENT_TOKEN_TO_BE_REPLACED