You are here: Home / Archives for .vision 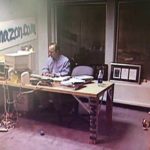 NEW YORK, NY - Jeff Bezos, the guy who built and envisioned Amazon, the largest and most successful online only shopping site, isn’t much different than your average entrepreneur. He was raised in Houston Texas, is a child of divorce, was later adopted, worked at McDonald's as a young boy and went on to attend Princeton University where he graduated with a 4.2 grade point average. He is very much human - and - certainly a hard worker. Bezos held several good jobs after … END_OF_DOCUMENT_TOKEN_TO_BE_REPLACED

NEW YORK, NY - This is not going to be an all inclusive list as some domain sales go unreported and some I've heard of which are not listed, such as "Homes.Forsale" and "Houses.Forsale", but this will give you a good idea of the types of names changing hands and the types of dots which are building momentum. The following list of gTLDs were listed at NameBio as closing sometime during this year (2017). They are listed in alphabetical order by TLD. The list does not include … END_OF_DOCUMENT_TOKEN_TO_BE_REPLACED

WEST PALM BEACH, FL - Usually Google is a leader in all things advertising, however, a recent update to policy by GOOG (NASDAQ) will have it following Facebook (FB) where the ad giant will implement … END_OF_DOCUMENT_TOKEN_TO_BE_REPLACED

SAN FRANCISCO, CA - According to recent reports, a new data security incident has surfaced. DoorDash, a popular food delivery app, detected suspicious activity from the computer network of a … END_OF_DOCUMENT_TOKEN_TO_BE_REPLACED