You are here: Home / Archives for Startup Company 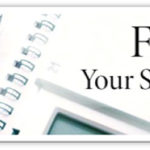 PALM BEACH, FL – Over fifteen years ago I founded my business as your average hopeful entrepreneur and created it without any startup capital at all. I didn't even really have any experience in the market I was entering but I was determined. Within the businesses first few years I was able to grow the business mostly on my credit cards which helped me put in place the foundation, processes and systems that were required to get the business off the ground. At some point within … END_OF_DOCUMENT_TOKEN_TO_BE_REPLACED

NEW YORK - They say that 'money talks and bullshit walks' (at least that is what my father used to say) and no-one likely knows this better than domain registry Radix, who maintains and operates several new catchy gTLD domain endings such as .tech and .online. Since 2016, Radix has been helping startup companies by putting a little money where their mouth is and providing new startups sponsorship covering sometimes as much as 100% of their expenses for exhibit booth fees and … END_OF_DOCUMENT_TOKEN_TO_BE_REPLACED 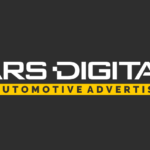 Digital ad agency announces acquisition and launch of regional shopping portals to cement digital footprint in surrounding Tri State area. NEW YORK - Today, Cars Digital Inc., has announced the acquisition, development and launch of ManhattanUsedCars.com, a localized vehicle shopping portal which will build a foundation for the company in its neighboring communities, Manhattan. The company owns and operates Long Island and NYC related automotive sites such as its … END_OF_DOCUMENT_TOKEN_TO_BE_REPLACED

NEW YORK, NY – According to NameBio, there were a total of 2,927 “reported” .IO domain sales over the last 5 year period. These top 100 total $993,953.00 in sales. The highest reported sales on this list were the domains “Tank.io” for $60,000.00 with the second as “Cloud.io” for $45,000.00 (Neither of which are developed). .io is a country code top-level domain (ccTLD) assigned to the British Indian Ocean Territory. The .io domain is administered by the Internet Computer … END_OF_DOCUMENT_TOKEN_TO_BE_REPLACED

WEST PALM BEACH, FL – According to a weekly sales release issued by SEDO domain marketplace and parking provider, the domain name “Movies.net” (parked at Godaddy) has changed hands for the cool sum of … END_OF_DOCUMENT_TOKEN_TO_BE_REPLACED

PALM BEACH, FL – According to the horse’s mouth, the Google Ads advertising program, responsible for about 40% of the total advertising seen online, will be rolling out a new feature which will allow … END_OF_DOCUMENT_TOKEN_TO_BE_REPLACED

PALM BEACH, FL – I have been thinking about this off and on for a few years now, but I have never really posted or written about it. That is because it is an awful prediction that I hate the idea of, … END_OF_DOCUMENT_TOKEN_TO_BE_REPLACED