You are here: Home / Archives for CloudMe.com 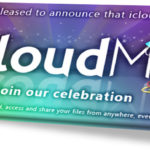 PALM BEACH, NY – In April 2011, a south Sweden based company called “Xcerion” changed the name of its cloud file hosting service to “CloudMe” and registered a U.S. federal trademark for the same moniker. At the time, it was just speculation, later confirmed, that the real celebration illustrated in this above graphic, was the sale and acquisition of the domain name. The company had purchased the domain name “CloudMe.com” just three to four weeks earlier; the service … END_OF_DOCUMENT_TOKEN_TO_BE_REPLACED

PALM BEACH, FL – About a year and half ago in April of 2018, I wrote about an out-of-the-ordinary domain name sale when the new gTLD domain “Vacation.Rentals” changed hands for a little over ‘half a … END_OF_DOCUMENT_TOKEN_TO_BE_REPLACED

PALM BEACH, FL - There is no shortage of security breaches and data leaks reported in the news this past year. As we all move into 2020, here are some simple tips to help keep you stay cyber safe, so … END_OF_DOCUMENT_TOKEN_TO_BE_REPLACED