You are here: Home / Archives for Microsoft Bing 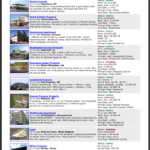 PALM BEACH, FL – Way – way back in 2008, I suggested one of my clients purchase the domain name, NNN-Properties.com. I usually steer clear of hyphenated domain names because they clearly do not pass the radio test. Who wants to tell someone to visit their website address with a dash in it? Probably no one, and especially not me. But in this circumstance, I figured the domain name would likely rank well for the term “NNN Properties” which are commercial investment … END_OF_DOCUMENT_TOKEN_TO_BE_REPLACED 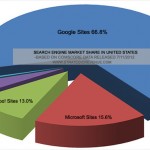 Newly released figures from comScore, an Internet analytics firm, show Google's dominant position to be a granite boulder against which weaker competitors can only grind futilely. Despite vigorous attempts by Microsoft, Yahoo and others to whittle away at the commanding share of Web visitors held by Google, the search king expanded its slice of the pie to 66.8 percent in June 2012, a significant rise from 65.5 percent in June of the previous year. Yahoo's share slid to 13 … END_OF_DOCUMENT_TOKEN_TO_BE_REPLACED 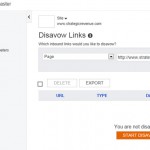 Microsoft's Bing search engine is now offering web developers a tool to disavow malicious links. Bing Webmaster Tools features a small gadget that allows people to submit domains that apparently link to a legitimate page from poor quality sites. Individual pages and directories can also be submitted in the disavow links page. Web developers with SEO on their agenda often wish they could disavow links. Unnatural links and other black hat spam policies can hurt both a site's … END_OF_DOCUMENT_TOKEN_TO_BE_REPLACED

WEST PALM BEACH, FL - Usually Google is a leader in all things advertising, however, a recent update to policy by GOOG (NASDAQ) will have it following Facebook (FB) where the ad giant will implement … END_OF_DOCUMENT_TOKEN_TO_BE_REPLACED

SAN FRANCISCO, CA - According to recent reports, a new data security incident has surfaced. DoorDash, a popular food delivery app, detected suspicious activity from the computer network of a … END_OF_DOCUMENT_TOKEN_TO_BE_REPLACED