You are here: Home / Archives for Transfers 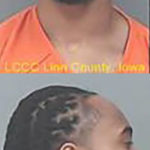 CEDAR RAPIDS – A man who owned a social media company and planned to steal an Internet domain name by force was convicted last week and faces 20 years in prison. According to CNN, a jury found Rossi Lorathio Adams II guilty for hiring his cousin to break into a house in Cedar Rapids and force the transfer of an Internet web address by its current registrant at gunpoint. Adams cousin, Sherman Hopkins Jr., was charged with first-degree burglary, first-degree robbery and … END_OF_DOCUMENT_TOKEN_TO_BE_REPLACED 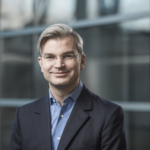 GERMANY - June 8, 2017 – Sedo, the world’s largest domain marketplace and monetization provider is pleased to announce a shift within the Sedo management team. The role of Chief Sales Officer (CSO) Global has been assumed by Sedo and industry veteran, Matthias Meyer-Schönherr. Dima Beitzke, will be stepping down to pursue a new opportunity outside of the domain industry. The management of both the North American and International sales teams will continue from Sedo’s … END_OF_DOCUMENT_TOKEN_TO_BE_REPLACED

WEST PALM BEACH, FL - Usually Google is a leader in all things advertising, however, a recent update to policy by GOOG (NASDAQ) will have it following Facebook (FB) where the ad giant will implement … END_OF_DOCUMENT_TOKEN_TO_BE_REPLACED

SAN FRANCISCO, CA - According to recent reports, a new data security incident has surfaced. DoorDash, a popular food delivery app, detected suspicious activity from the computer network of a … END_OF_DOCUMENT_TOKEN_TO_BE_REPLACED